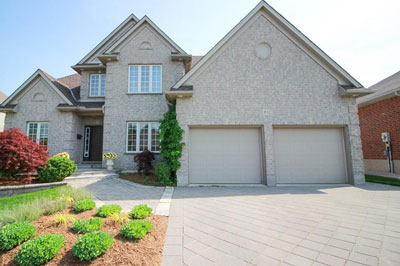 Colonel Talbot Road runs along the west side of London and turns into Springbank Drive once it reaches the Thames River further north from Talbot. This convenient thoroughfare provides access to downtown London and the Talbot neighborhood which is lies about 12 km southwest from downtown. Talbot is just east of Colonel Talbot Road, south of Southdale Road W and west of the Bostwick neighbourhood. Homes in the area range from around $560,000 to $760,000. There is a commercial plaza at the northwest end of the neighbourhood within walking distance for most residents. It has a Dolcetto restaurant, a Scotiabank, and Masse’s No Frills pharmacy and gym all conveniently located on the corner of Colonel Talbot Road and Southdale Road W. To the north lies the Southwest Optimist Park and Westmount Shopping Centre and just east of Talbot and into the Bostwick neighbourhood is a Home Depot, Michaels, and IKEA.

There are two small neighbourhood parks in Talbot Village, Raleigh Parkette and Talbot Park. Raleigh Parkette has a play structure and paved path, Talbot Park has a play structure, as well as a soccer field and large open green space. In addition to the parks, there is also the Talbot Village Wetland in the centre of the neighbourhood that has natural forest cover and walking trails. Talbot Village is home to École élémentaire La Pommeraie, a French first-language public elementary school. Students may also attend Lambeth and Jean Vanier elementary schools, and St. Thomas Aquinas and Saunders secondary schools. There is also Sherwood Fox Public School that students will be bussed to. 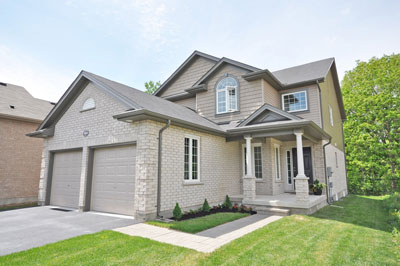 In September 2018 the new Southwest Community Centre, YMCA + Library will open on the corner of Southdale and Bostwick, providing area residents with multi-purpose community space, an indoor pool and gymnasium, double pad arena, YMCA fitness facility and Library branch. The Westmount Branch Library will move from its current building to the Southwest Community Centre when it opens.

Situated just north of Lambeth in Southwest London, Talbot Village is known for its lovely natural areas, walking trails and conveniently located shopping and amenities. This beautiful neighbourhood is just 7 minutes from Storybook Gardens and Springbank Park, making this an ideal location for families and lovers of the outdoors.

Do you think Colonel Talbot could have the home of your dreams? Contact Team Forster today to book house viewings and to receive more information about this incredible district.

Not seeing a home that meets your needs?

Your family and friends will LOVE the gorgeous dream Backyard Pool Oasis and sundeck! Welcome to 3219 Pomeroy Lane. This impressive executive home located in the sought a...

Welcome to 3261 Settlement Trail, BEAUTIFUL home located in the wonderfully sought-after Talbot Village. The house is sure to impress the moment you walk in. The over siz...

This a rare find! Wow! Can you believe it! Backing onto protected greenspace with trees and walking trails, privacy, in-ground pool, amazing deck, overlooking ponds! Grea...

Welcome to 3195 Gristmill Lane nestled in the heart of Talbot Village. This immaculately kept home boasts 2,862 square feet spread over 3 levels. Upon entrance to this 2-...

Welcome to “The Promenade” in Talbot Village. This beautiful one floor detached, oversized double garage (20 X 20), vacant land condo will continue to impress as you tak...

The data relating to real estate on this web site comes in part from the Internet Data Exchange (IDX) program of the London and St. Thomas Association of REALTORS®. The information herein is believed to be accurate and timely, but no warranty as such is expressed or implied.The trademarks MLS®, Multiple Listing Service® and the associated logos are owned by The Canadian Real Estate Association (CREA) and identify the quality of services provided by real estate professionals who are members of CREA. Used under license.Trademarks owned or controlled by The Canadian Real Estate Association. Used under license.

The information provided herein must only be used by consumers that have a bona fide interest in the purchase, sale, or lease of real estate and may not be used for any commercial purpose or any other purpose.

Popular Areas in the Community

Looking for the perfect home in the perfect place? Chances are you'll want to check here first.